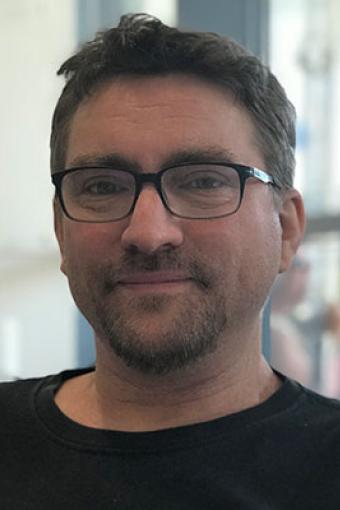 James Newman, PhD is Research Professor in Media and a University Teaching Fellow at Bath Spa University. Over the past 20 years, he has written widely on aspects of videogames, players and fans, game sound and music, and media histories and has spoken across the world at events for academics, policy-makers, game developers and players. His books on videogames and gaming cultures include 'Videogames'; 'Playing with Videogames'; and 'Best Before: Videogames, Supersession and Obsolescence' (for Routledge); and '100 Videogames' and 'Teaching Videogames' (for BFI Publishing). In 2018, James co-authored 'A History of Videogames' (Carlton) which is the first volume to explore and draw on the collections of the National Videogame Museum where James also works as Senior Curator.

As outputs of British Academy/Leverhulme and ESRC-funded projects, James has co-authored two White Papers on videogame history and preservation and is a co-founder of the Videogame Heritage Society which is the first Subject Specialist Network (SSN) dedicated to digital media.

James’ work has been supported by numerous international funders including the ESRC, The Wellcome Trust, the EPSRC, the AHRC (Creative Economies and Knowledge Exchange), HEFCE, the Daiwa Anglo Japanese Foundation, the Japan Foundation, the Strong National Museum of Play, the British Academy and the Leverhulme Trust. He is an international adviser on numerous programmes and networks on videogame studies, history and preservation and has been awarded sabbaticals (for example to Stanford University) and Fellowships (for example ICHEG/Strong National Museum of Play) to develop this work internationally.

James is a regular contributor to public-facing articles on videogames and has been interviewed many times in print, online and in broadcast media on his work (including Radio 4, BBC4 TV, The Guardian, Independent, The New Statesman, as well as specialist gaming press, for example Games TM, The Escapist, Gamasutra, Wireframe).

James is the director of the All Your Bass videogame music festival and is co-founder of the Game Sound Archive which is a collaboration with the British Library. Since its inception in 2006, James has been part of the GameCity international videogame festival team and since 2015, he has been a member of the Research and Curatorial team at the National Videogame Museum.

James is currently contracted to write monographs on videogame spectatorship and the histories of early videogame music and sound. In addition to his scholarly work on ludomusicology (game sound and music), James is also a practicing studio and live musician and is busy in his home studio writing electronic music using a range of old, 'obsolete’ synthesis systems and techniques as well as new and old videogame hardware and software.